In past years I’ve written a few posts on the topic of critiquing which generated several comments. Now that I’m back in another critique group, I am reminded of how difficult it can be to adjust to the critiquing styles of a new group of writers. It takes time to get to know and trust each other… time to understand what kind of feedback each one needs and desires… time to determine how best to provide individualized and constructive criticism that’s truly helpful.

In an April post five years ago I said, “Good critiquing is as much an art as good writing. Anyone with a modicum of editorial ability should be able to go through a manuscript and highlight problems with its plot, characterization, structure and grammar. I believe it takes someone who has also experienced a writer’s journey — who has survived through the creation of her own fictitious world and thus understands the exhilaration and desperation that is a part of the process – to be able to offer advice in a way that is both helpful and welcome.”

During this next week I’m going to dig into the archives and re-issue two posts on the topic of critiquing, Here’s the first…

How do you feel when you offer your writing for examination and it gets torn apart? For me, it would depend on the motivation of the person who is doing the criticizing. Does he/she sincerely care about me and want to help me improve my writing, or is he/she using the opportunity to dish out personal opinions and humiliate? Since I would be looking for an honest evaluation I would expect to hear not only about my manuscript strengths, but also its weaknesses. What I wouldn’t appreciate is to be told that large chunks of the story should be deleted or rewritten because “it will sound much better than the way you wrote it,” or to be told the work is unredeemably bad. That would feel like a punch in the stomach. 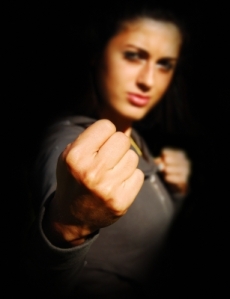 It’s painful to get negative critiques on one’s writing but how do you deal with them? I’ve discovered several recent posts on the topic and would like to offer a few excerpts for your consideration.

In mid-September (2010) Phoebe Kitanidis blogged about “The jerk in your critique group,” but with an unexpected twist – she referred to herself as the jerk! In an effort to avoid any negative feedback from her fellow writers she found she wasn’t submitting anything for critiquing that hadn’t first been polished to perfection. Having others not find anything negative to say about her work felt good. It made her feel superior, and in turn she offered arrogant opinions on the work of the other members.  She ended up discouraging others and not learning very much herself at the critique sessions.

On the Writer Unboxed website Anna Elliott says, “There comes a point for every writer, published or not, when you have to let others read your book.  It’s a scary moment, because however hard you’ve worked, however much you love your beloved manuscript, there are never any guarantees that your reader will love it, too. … When I’m still in the writing/revision stage, I try to remember that my first loyalty is to the story I’m telling, not to my own feelings.”

So if we steel ourselves to turn in less than stellar writing for peer critiques, how do we handle the emotions that erupt at the inevitable criticisms and suggestions?

Kristen Lamb on the Warrior Writers site  says, “I would like to point out that a good critique might very well make you angry. But, before casting judgment, take a break, calm down, then ask yourself why this person’s comments so upset you.

“A really good critic is highly skilled at finding your greatest weaknesses. That is a good thing. Better to find and fix the flaws while a work is in progress and changes can be made. But, it is normal to react. Thus, the best advice is to breathe deeply. Listen. Calm down by breathing deeply some more. Ask questions. Check your ego. And then grow. Trust me. One day you will thank these people for having the courage to be honest.”

One reaction on the Writer Unboxed post: “I’ve heard so much about rejection in the industry, but I wasn’t expecting it from my friends. I know this is going to sound bitter, but when you get your manuscript back, you’re going to find out who your true friends are. They’re the ones who will give you the bad news with a soft touch, and the good news with a big smile.” [Tamara]

There are always tactless people who feel superior and need to prove it by tearing down others, but Kristen says,“they were born little creeps who just grew into larger creeps.” Perhaps we have to accept that, and, if we truly want to grow, put aside the hurt and carry on.

It’s good advice if you can follow it. Have you ever had to deal with tough or unfair critiques? How did you cope?

3 thoughts on “Critiquing: #1 – Getting Punched in the Gut”