Every so often my posts on writing stretch into the realm of song writing. You’ve heard me brag a bit (here and here) about Ra McGuire and his iconic rock band, Trooper. Ra’s son, Connor McGuire, is the next generation of our McGuire family musicians, singing, writing and performing his own music. His EP Different After Dawn was released in 2007 and with his current band, The Lives of Others, he’s working on another to be released soon.

But out of my church family there’s another band emerging that deserves recognition. Ibhendi is a group of four talented teenagers who are singing, songwriting and performing out of Maple Ridge, BC and have just released their first EP, Humble Beginnings. I finally got my hands on a copy today, and I’m impressed! 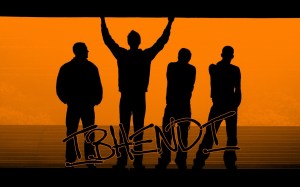 All four boys –Johnathan Booy, Jonah Larmor, Regard Booy and Riley O’Connor – come from different musical backgrounds and, in their own words, “Nothing can come closer to a full description of Ibhendi’s origin than those two words, [i.e., the album title, Humble Beginnings]. Regard Booy only started playing bass because the band lacked a bass player. Riley O’Connor’s guitar had a broken head that was super glued to hold the tuning knobs. A small 10watt amp was the only amplifier in the group, and the drum kit was completed by borrowing bits and pieces from a church’s kit…. No one had any idea of where to begin looking for performance opportunities. But with perseverance, determination, and a dream, the four fought on, and slowly but surely, nothing became something.”

Now, doesn’t their journey remind you of ours as aspiring novelists… dreaming, determined, persevering and fighting to make something out of nothing? (You knew I’d find a way to apply this to our writing, didn’t you?)

Does your writing involve any poetry or songwriting (or both)?