Done! Finished! The church history I began writing in October of 2012 (was it really that long ago?) is finally complete. Well, more or less. The illustrated narrative has been printed, but there are accompanying heritage albums that will be ongoing as I attempt to keep an up-to-date photographic record of the life and ministry of our congregation.

I’ve always been interested in our family’s genealogy, but I admit as a more general study, history is not one of my strengths. My original plan was only to update an existing historical document and augment it with photographs, but as the mounds of resource material grew, so did my passion for the task.

Authors of historical fiction would probably confirm that research can take longer to do than the actual writing. When it came to this non-fiction project, however, that part was a surprise to me. I knew where to look for the facts. There were also previous, albeit condensed, histories to access for material. Still, I encountered time-consuming roadblocks — there were inconsistent ‘facts’, incompatible dates, and conflicting memories!

My goal was to be as accurate as possible and document significant data in a bibliography, so I started by gathering all the information I could find, looking first at our national church archives and the local historical society’s records. Unfortunately there was very little to be found in either place, but bit by bit, details were unearthed.

It would have been smarter to first read up on how to write a history, but when I was finally ready to start writing, I had the notion that I wanted to begin with a brief section on the earliest roots of the Presbyterian Church in Canada, then go on to chronologically document the beginning of Presbyterian work in our area, because there was a distinctive history there. Both also provided the underpinnings for our current congregation. After the fact, I’m learning I did some things right — I had a plan before I began, and unknowingly chose a recognized format.

Writing a history isn’t quite like composing a memoir, but there are certain similarities. Unless one wants to end up with a sawdust-dry account of facts that will put readers to sleep, one needs to glean the interesting tidbits that bring personality to the account.

There are some things I would do differently if I were starting again, and if the resulting document were to be published for public distribution. One would be to change the size of the book to a more typical 6″ x 9″ format. But there was no support or funding for a professionally published book. (In fact, although it didn’t end up being true, it was originally thought most copies would be ordered as a PDF file on a CD.) So the most inexpensive format was the only way to go.

That project is complete. Now it’s time to get started on the next one.

Have you ever tackled a memoir, history or biography?

(UPDATE: I’m awestruck to discover this modest publication has been awarded the P.C.C. national Committee on History’s congregational book prize for 2015!) 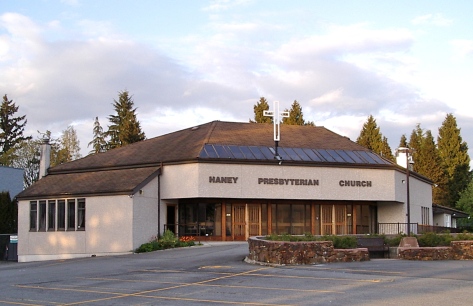 **Making Your Future Out of the Past
by Sean McLachlan

7 thoughts on “A Project Completed (proclaimed with great jubilation!)”