I attended a ‘Lobby Night’ presentation by my writers’ group last night — a very worthwhile event, but as I drove home in the descending darkness I realized how scratchy my eyes were. Unfortunately I had left writing this post until the end of the day and when I opened my laptop to begin, I was suddenly too tired to find anything pertinent to say. I sat here with my eyes blinking faster than the uncooperative cursor, until I decided this was probably as close to Writer’s Block as I wanted to get. My solution? Re-run an old post. Just over four years ago I posted the following under the title of A Daily Dose of Motivation. I hope you’ll forgive me if I post it again. My brain is lost in a fog tonight. Tomorrow I’ll take my own advice about getting motivated for Friday’s column. 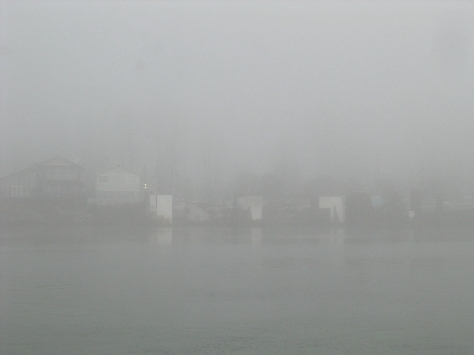 Everyone has an opinion about how to combat Writer’s Block. Whether believing it’s a mythical non-entity or a super-size monster, experts are quick to offer suggestions for overcoming a writer’s inability to make words materialize on the monitor.

The one I like best? “Just sit down, put pencil to paper (or fingers on keys) and start writing anything that comes into your head. Don’t stop for ten minutes.” Yeah, sure — recommending writing as a cure for not being able to write. That’s logic for you. But what can we do when the words won’t come, when we honestly try but the effort only magnifies the angst?

I’m not convinced I’ve ever faced Writer’s Block. Yes, there have been days, weeks, even months when I haven’t written anything significant, but in retrospect I think I was procrastinating. I wasn’t ready to risk failure, so I found something safer to do. I read.

There is a real danger in procrastination, even in the short term, because the time we would previously have spent writing slowly becomes absorbed by a substitute. Reading is easy to justify because writers need to read — for exposure to good writing, for knowledge, for inspiration. But as an excuse to avoid writing? I don’t think so.

I always have an assortment of books on the go from my TBR pile but when I finally realize I’ve been reading at the expense of writing I figure it’s time to shift my focus. I reach for the volume that continues to give me daily writing inspiration no matter how many times I read it: Bonni Goldberg’s Room to Write: Daily Invitations to a Writer’s Life. (Tarcher/Putnam, 1996) There are lots of daily meditations available but “Room to Write” has been one of my most useful tools. Admittedly I don’t often do the accompanying exercises but the short readings motivate me.

Excuses are impediments to achievement. Had I continued to stare at this blasted blank monitor until my eyes blurred, blaming my lack of words on Writer’s Block, or  immersed myself in someone else’s plot as I was tempted to do, this posting wouldn’t have happened today. Mind you, it’s already 11:55 p.m. If I don’t immediately staunch this flow of words that originally wouldn’t start, today’s posting will become tomorrow’s!

See what a bit of motivation can do!

Do you have any favourite go-to books that provide motivation in those moments when writing inspiration is lacking?

One thought on “Taking my own advice…”