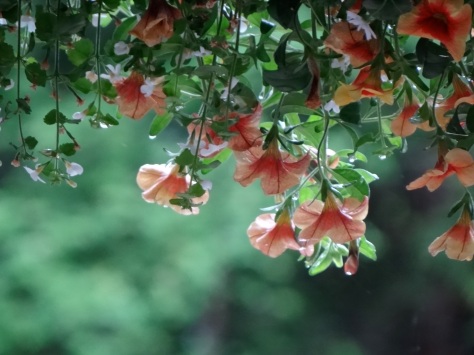 We had an election in British Columbia yesterday. I’m not one to follow politics doggedly, but I do take the responsibility of voting seriously. I voted, then through the evening watched television coverage of the incoming results.

Going into this election the provincial Liberals were expected to lose. In the end, although it appears she lost in her own riding by a narrow margin, Premier Christy Clark led her party to a resounding win. From the National Post online:
“The Liberals defied common wisdom and months of abysmal polling numbers to win British Columbia’s election Tuesday, a shocking turnaround for a party and a premier who entered the campaign with many observers writing the government’s obituary…B.C.’s Liberal party defied prognosticators and pundits Tuesday to win a fourth consecutive election, an upset that will confound so-called experts for months.”

In his election night speech, defeated NDP leader Adrian Dix said, “Elections belong to the voters, and the voters decided.”

Nobody could have predicted this election’s outcome, although in retrospect there were indications that people hesitated to risk a repeat of the economic downturns experienced during the NDP’s past terms in power. Christy Clark’s persuasive focus on our need for a strong economy carried her party past Dix’s promises of generous spending, to an inevitable conclusion. For whatever reason, nobody saw it coming.

Of course there’s a writing application here. (You knew there would be, didn’t you?) Public reaction to this political upset makes me think of reading suspense novels, mysteries or thrillers, with their unpredictable endings. I love being surprised by an ending, as long as the author has dropped subtle clues along the way. The plot may turn the characters’ lives upside down, but when I flip back to earlier scenes I need to find the logic behind the story’s resolution.

Are you the kind of reader who likes to peek at the last few pages first, to find out how a story ends? Or do you prefer to be surprised? On the other topic, do you vote in your province’s, state’s or country’s elections?

2 thoughts on “In which some things get turned upside down!”