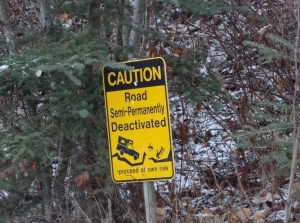 Thank goodness for a 4×4 truck! As I’ve mentioned in at least one previous post, when we head north to our cabin, the route takes us via major highways, gravel logging roads, private dirt roads and eventually to our very primitive road.

There is no public access to our land, and therefore no road maintenance. When trees are down, or washouts happen, you know who has to deal with them. 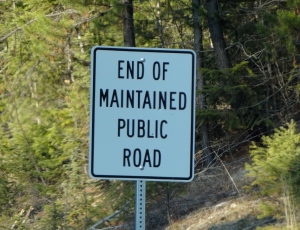 A couple weeks before we arrived there for our summer holiday a localized tornado went through, affecting areas on a hit-and-miss basis. In some places only a tree or two went down; in others, whole stands fell over. We had to cut our way through three trees before we reached our cabin. Readymade firewood!

On our recent fall trip, the now leafless branches became art as they arched across their fallen neighbours. I’ve returned to these photos several times, noting how it was mostly the less mature growth that bent, broke or flattened in the pummeling wind. I see how tall and gangly some of the growth was — struggling to escape the crowd to reach elusive light. 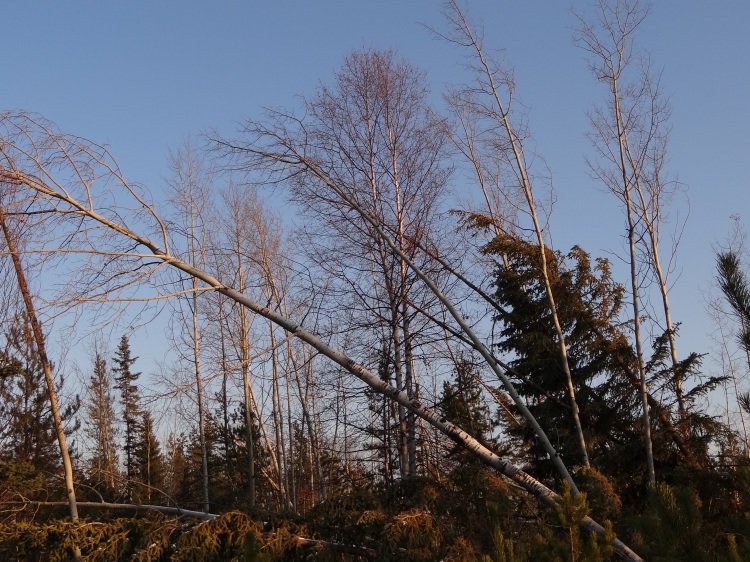 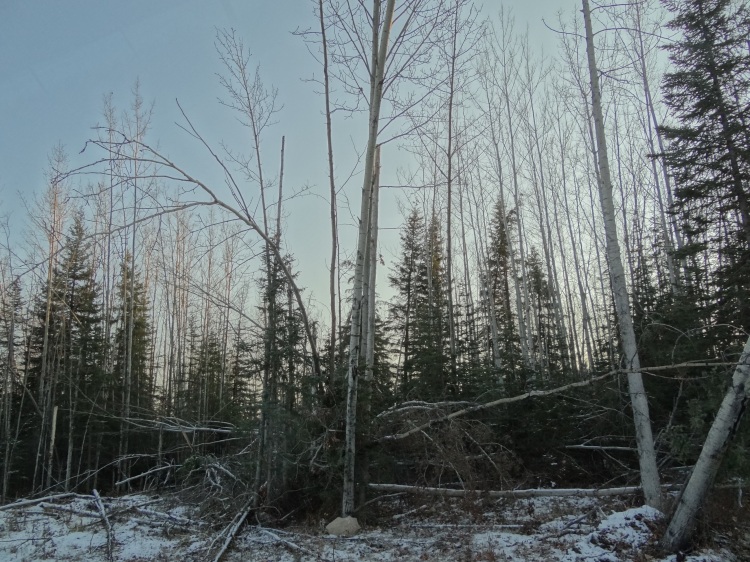 The images morph into a question … whether experienced or perhaps more mature writers are better able to withstand the stresses of an uncertain future in today’s publication industry.

How often do newer writers become discouraged and decide to lay down their pens? What makes them give up on their dreams while others determine to hold on? I wonder why some writers seem more firmly rooted in the path they’ve chosen.

“Don’t say the old lady screamed. Bring her on and let her scream.” [Mark Twain]