While we will never exceed the United States’ total number of medals, Canada is exulting in its highest-ever number of Olympic gold medals. Gold is the ultimate achievement… or is it?

A special status has been awarded to two Olympic athletes that have been named joint recipients of the Vancouver 2010 Terry Fox Award. Neither of them won gold, but both pushed themselves to excel despite overwhelming circumstances. 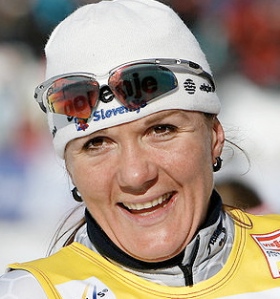 Slovenian cross-country skier Petra Majdic and Canadian figure skater Joannie Rochette experienced physical and emotional blows immediately before competing. Petra suffered four broken ribs and a punctured lung during her training run but carried on to compete in four races and win a bronze medal. Joannie suffered the sudden loss of her mother and went on to skate for her mother and win a bronze medal.

In the words of Terry Fox’s mother, “This year marks the 30th anniversary of my son’s Marathon of Hope. Watching Petra and Joannie and their determination to carry on and triumph is something Canadians and the world will not forget. They represent the best of us and what we can accomplish ― just like Terry.”

And then there was the Canadian women’s hockey team who won gold and proceeded to blemish the occasion by reveling on the ice with beer, champagne and cigars while still wearing their jerseys and medals and while cameras continued to roll. They played a great hockey game but I think as a Canadian I value what Petra and Joannie did far more.

What do you think?

4 thoughts on “Which Award Would You Value Most?”